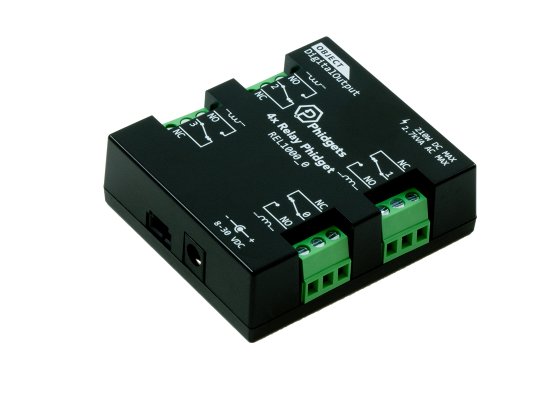 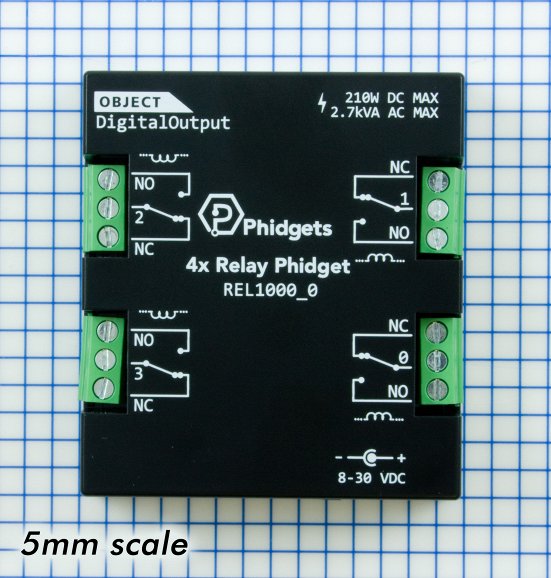 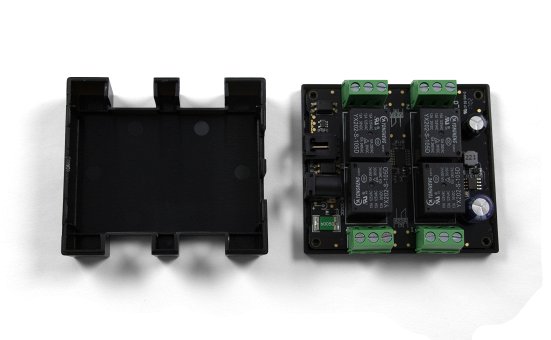 Recommended for new designs: This product (or a similar replacement with a compatible form, fit and function) is estimated to be available for ten years or more.
Switch the power of up to four circuits at 210W of DC power or 1750 VA of AC power with this mechanical relay module.

The REL1000 is a mechanical relay that will let you control the power circuits of as many as four separate devices. This Phidget connects to your computer through a VINT Hub.

This Phidget requires a power supply between 8 and 30V DC. We recommend that you use a 12V 2A DC power supply, since this is more than enough power to operate all four relays. Select the power supply from the list below that matches your region's wall socket type.

Welcome to the REL1000 user guide! In order to get started, make sure you have the following hardware on hand: 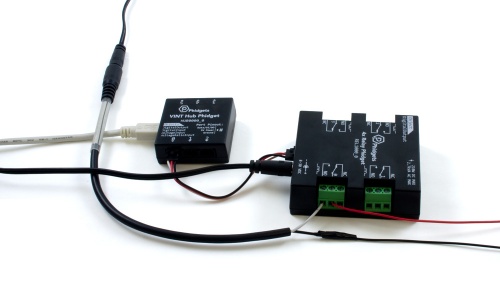 Now that you have everything together, let's start using the REL1000!

In order to demonstrate the functionality of the REL1000, the Phidget Control Panel running on a Windows machine will be used.

Linux users can follow the getting started with Linux guide and continue reading here for more information about the REL1000.

After plugging the REL1000 into your computer and opening the Phidget Control Panel, you will see something like this: 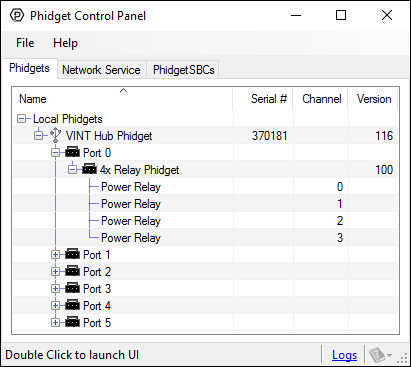 The REL1000 has mechanical relays that will let you control the power circuits of as many as four separate devices. It is suitable for both AC and DC applications. You interact with the REL1000 through the Digital Output Channel Class to switch power to your circuit or device on and off.

2. Double click on a channel to open an example program. Each channel belongs to the DigitalOutput channel class:

Power Relay: Turns the relay on and off

In your Control Panel, double click on "Power Relay":

If the failsafe timer is not reset before it runs out, the channel will enter a failsafe state. For Digital Output channels, this sets the output to a FALSE state. On the REL1000 this switches the relay contact to the Normally-Closed position. Once the channel enters the failsafe state, it will reject any further input until the channel is reopened.

The relays on the REL1000 are SPDT (Single pole, double throw). This means there is a common pin (C), a normally open pin (NO) and a normally closed pin (NC). When the relay is off (i.e. no power running through the relay coil), the switch will be resting in the NC position, as seen in the diagram. When the relay's Digital Output object is toggled in software, it will switch to the NO position. If the Digital Output object is closed (using the Close() method), the relay will always return to the NC position. For this reason, it is considered a best practice to call Close() at the end of your program.

If communication between the REL1000 and your computer is broken (e.g. if the Phidget cable is unplugged), the relay will not change state. You will get a detach event for the attached channels of that Phidget. It is recommended you handle this case in your Digital Output detach handler. Since communication between the relay and computer is already interrupted, you can not tell the Digital Output to return to the NC position unless you use the Failsafe feature. (See Failsafe section in this User Guide or in the Phidget22 API documentation)

*Note: Switching this relay at voltages higher than 30V will result in a reduced product lifespan.

The lifespan of the relays on this Phidget vary depending on how much current you're switching and whether it's AC or DC. The following graph illustrates the relationship between load current and relay lifespan: 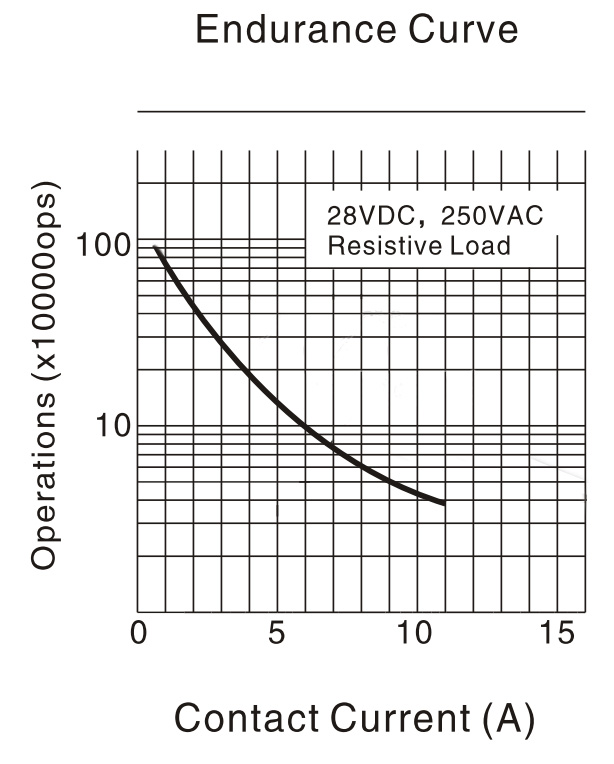 The vertical axis is the lifespan of the relay (number of actuations) and the horizontal axis is load current in amps. As you can see, increasing load current from 5A to 10A can reduce relay life by more than half.