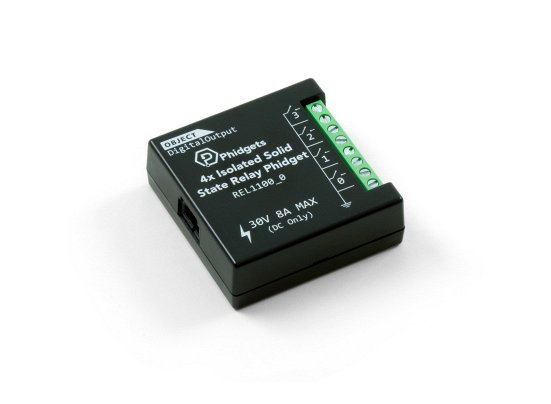 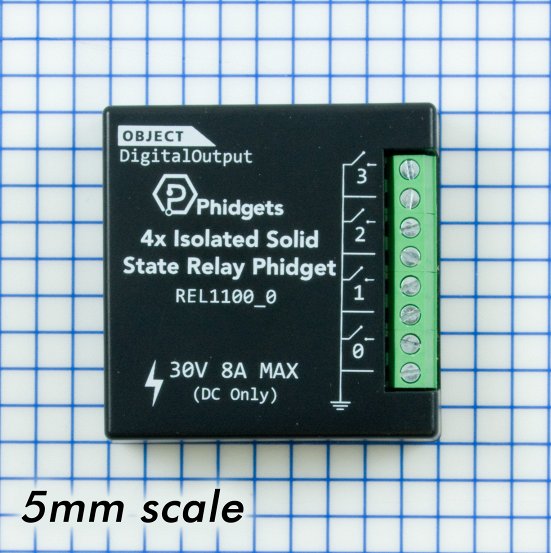 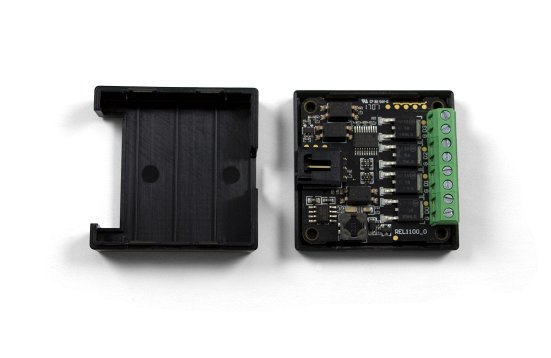 Recommended for new designs: This product (or a similar replacement with a compatible form, fit and function) is estimated to be available for ten years or more.
Add four PWM-enabled solid state relay outputs to your hub with this module. This board is isolated to prevent ground loops.

The REL1100 is a PWM-enabled solid state relay. The relay is great for controlling LED strips, DC motors, power relays, fans, and other small circuits. This Phidget connects to your computer through a VINT Hub.

Welcome to the REL1100 user guide! In order to get started, make sure you have the following hardware on hand: 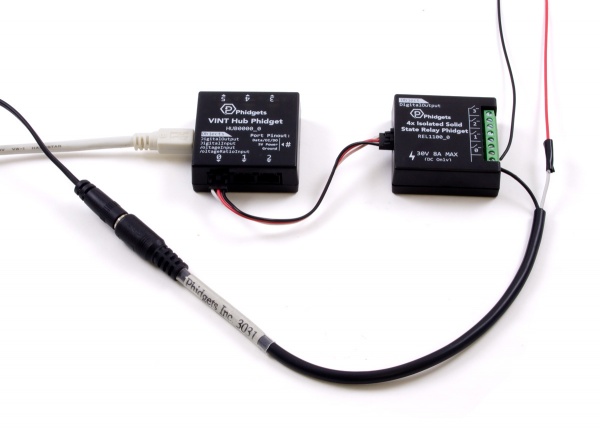 Now that you have everything together, let's start using the REL1100!

In order to demonstrate the functionality of the REL1100, the Phidget Control Panel running on a Windows machine will be used.

Linux users can follow the getting started with Linux guide and continue reading here for more information about the REL1100.

After plugging the REL1100 into your computer and opening the Phidget Control Panel, you will see something like this: 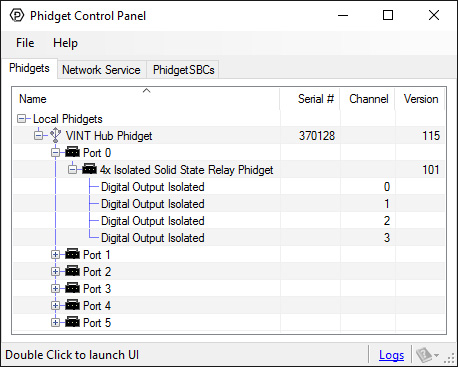 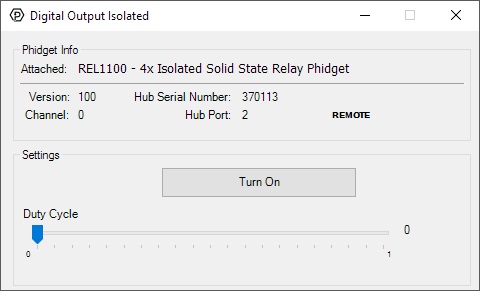 Outputs on the RELL1100 behave similarly to a solid state relay - by toggling the state of the output, you can switch a circuit on and off. Specifically, changing the output state will switch a connection between the output and ground terminals. The outputs are also PWM-enabled, which means they can vary the intensity of the output by setting a duty-cycle.

These outputs are designed for use with DC voltages only. 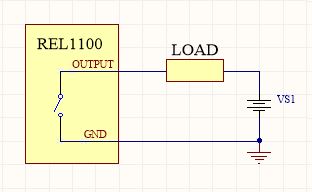 To switch a load with the REL1100, connect the load and power supply to any pair of output and ground terminals, as pictured to the right. The load could be a larger relay, a solenoid, LEDs, light bulbs, motors, etc. Check the specification table on the product page for your Phidget to ensure that the voltage or current required by your load does not exceed the maximum. 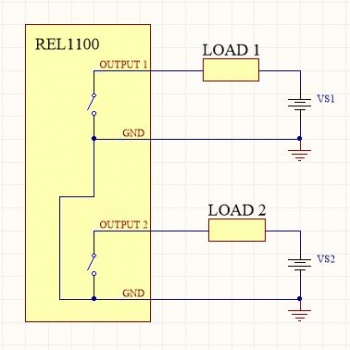 Multiple circuits with multiple supplies may be controlled by the REL1100 at the same time. Just be aware the grounds of all switched circuits will be shared, as all ground terminals on the REL1100 are connected internally.

The Isolated Solid State Relay Phidget is capable of switching loads of up to 240W. However, for power higher than 50W, you'll need some form of cooling to keep the heat of the transistors down at normal levels. The REL1100's strengths lie in its multiple, high switching speed outputs. For high power projects, a hockey puck type SSR may be a better choice.

* Note: At switching powers powers higher than 50W, external cooling may be required. For high power applications, a hockey-puck style SSR may be more appropriate. See the "Other Relays" tab for more details.