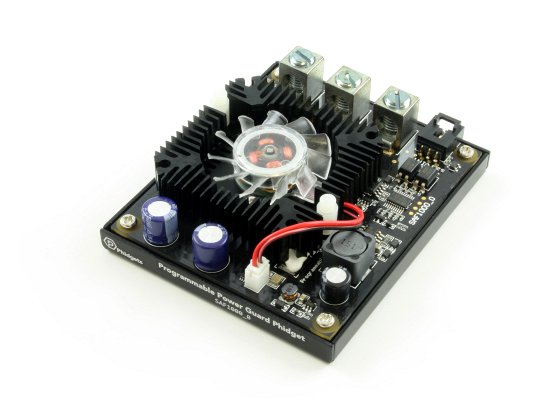 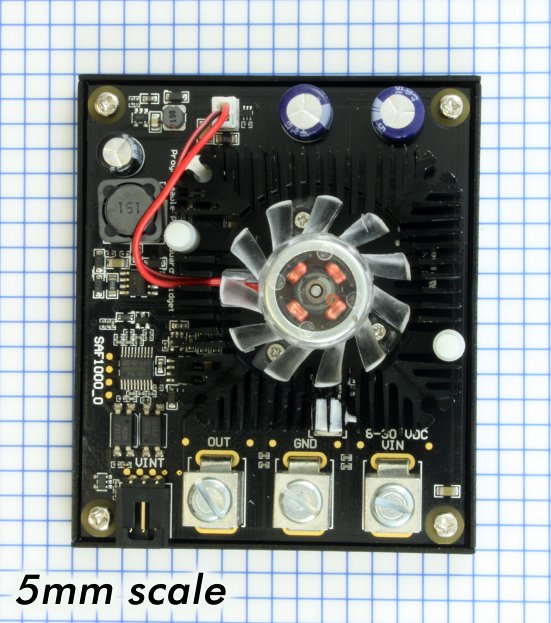 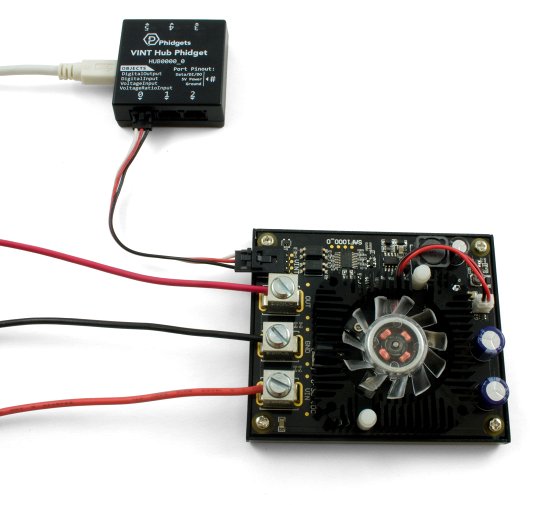 Recommended for new designs: This product (or a similar replacement with a compatible form, fit and function) is estimated to be available for ten years or more.
Protect your circuit and power supply by detecting and preventing overvoltage and overtemperature situations.

The Power Guard Phidget is designed to protect your hardware by detecting and preventing overvoltage and over-temperature situations. This board is designed for high current systems and is capable of protecting your equipment from even the largest of power spikes. This Phidget connects to your computer through a VINT Hub.

Use the SAF100 when the motor rated current is greater than 5A.

This Phidget protects a power supply between 8 and 30V DC. Check the product page or data sheet of the device being powered to determine how much current is needed and what voltage range is permissable. Select the power supply from the list below that matches your region's wall socket type.

Welcome to the SAF1000 user guide! In order to get started, make sure you have the following hardware on hand: 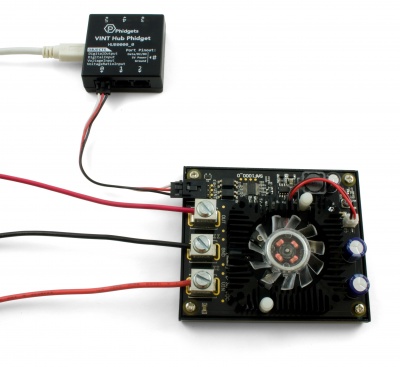 In order to demonstrate the functionality of the SAF1000, the Phidget Control Panel running on a Windows machine will be used.

Linux users can follow the getting started with Linux guide and continue reading here for more information about the SAF1000.

After plugging the SAF1000 into your computer and opening the Phidget Control Panel, you will see something like this: 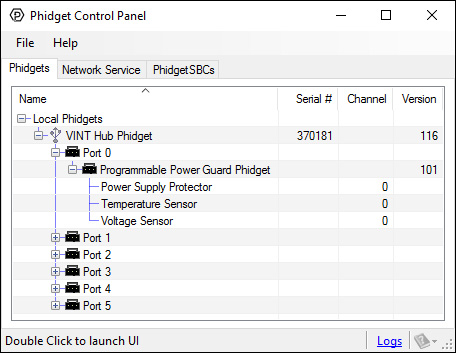 The Power Guard Phidget is designed to protect your hardware by detecting and preventing overvoltage and over-temperature situations. If the voltage or temperature exceeds the thresholds chosen in your program, it will automatically cut power. You can re-enable power via software when you’ve determined that conditions are safe to do so.

2. Double click on a channel to open an example program. Each channel belongs to a different channel class:

In your Control Panel, double click on "Power Supply Protector":

In your Control Panel, double click on "Temperature Sensor":

In your Control Panel, double click on "Voltage Sensor":

How can I plot or record sensor data?

In the Phidget Control Panel, open the channel for your device and click on the

icon next to the data type that you want to plot. This will open up a new window: 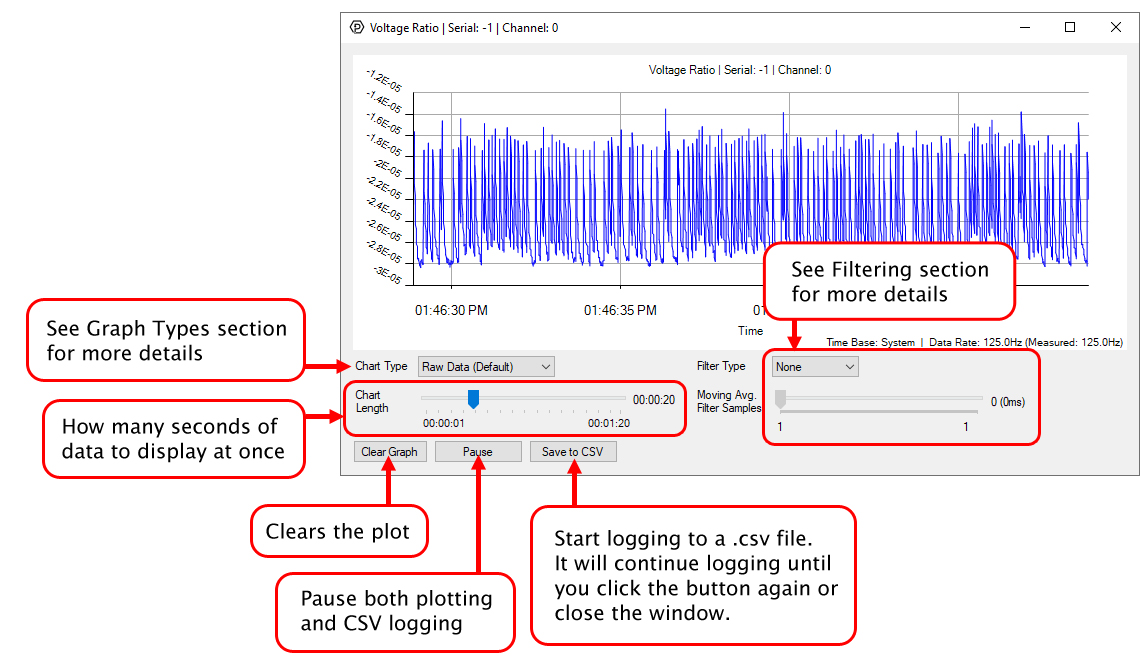 If you need more complex functionality such as logging multiple sensors to the same sheet or performing calculations on the data, you'll need to write your own program. Generally this will involve addressing the correct channel, opening it, and then creating an Event Handler and adding graphing/logging code to it.

The quickest way to get started is to download some sample code for your desired programming language and then search google for logging or plotting in that language (e.g. "how to log to csv in python") and add the code to the existing change handler.

With this feature, the PowerGuard channel on this device has a settable failsafe timer.

If the failsafe is not enabled, the device will behave as it did before the addition of this feature, maintaining the last state it received until it is explicitly told to stop.