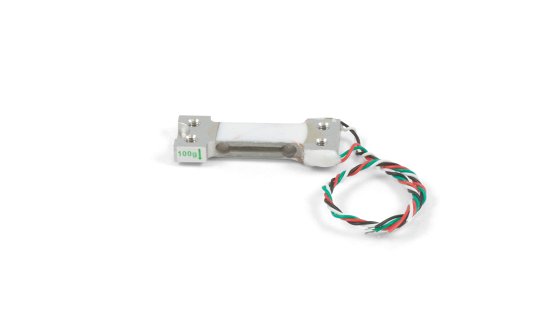 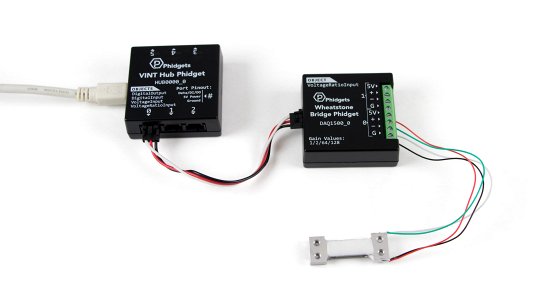 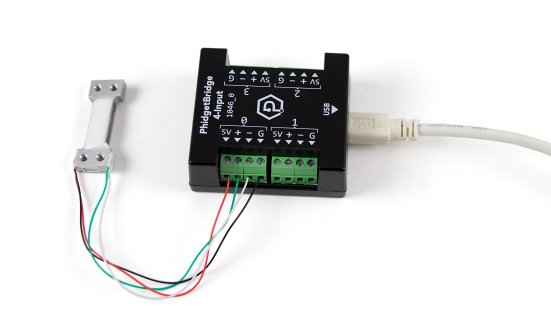 Recommended for new designs: Phidgets Inc. is not the original manufacturer for this product, but we intend to sell it (or a similar replacement with a compatible form, fit and function) for as long as it is available from the supplier.
This small load cell measures shear forces of up to 100g and connects to a bridge input.

A load cell is a force sensing module - a carefully designed metal structure, with small elements called strain gauges mounted in precise locations on the structure. Load cells are designed to measure a specific type of force, and ignore other forces being applied. The electrical signal output by the load cell is very small and requires specialized amplification. Fortunately, Phidget Bridge Interfaces will perform all the amplification and measurement of the electrical output, see the Connection & Compatibility tab for details.

This Single Point Load Cell is often used in small, high-precision scales. It’s mounted by bolting down the end of the load cell where the wires are attached, and applying force on the other end. Where the force is applied is not critical, as this load cell measures a shearing effect on the beam, not the bending of the beam. If you mount a small platform on the load cell, as would be done in a small scale, this load cell provides accurate readings regardless of the position of the load on the platform.