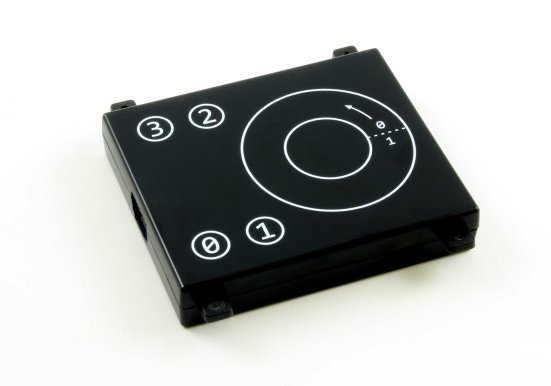 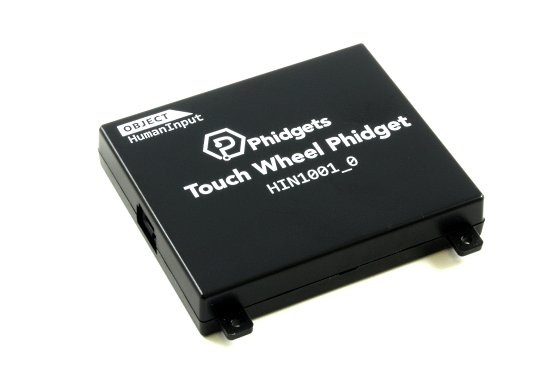 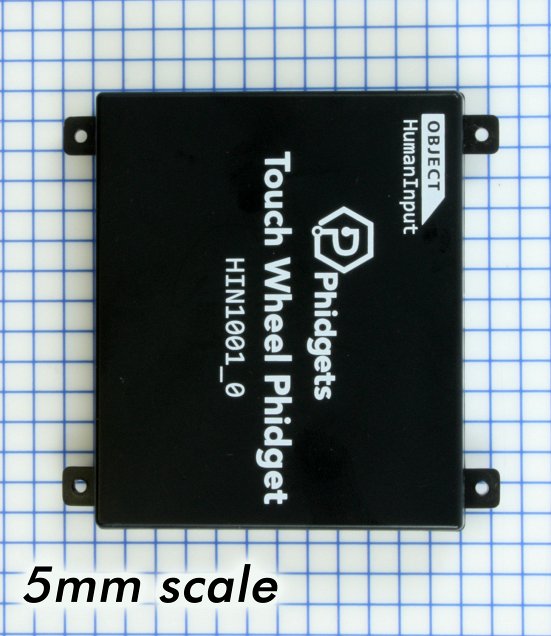 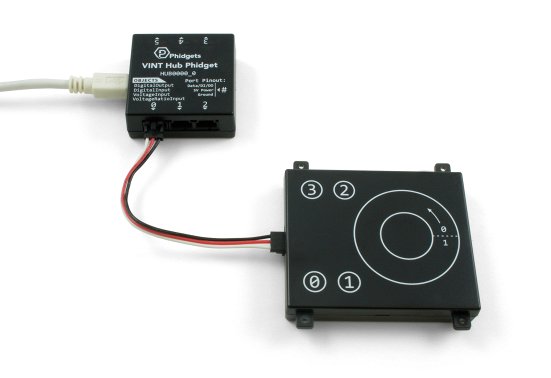 Recommended for new designs: This product (or a similar replacement with a compatible form, fit and function) is estimated to be available for ten years or more.
Use this capacitive touch wheel and buttons as an intuitive user interface to your Phidgets system.

The Touch Wheel Phidget uses capacitive touch technology, similar to the touchscreen on a smartphone. Capacitive touch sensors such as this can detect a touch through a piece of glass or plastic of up to 3mm thick, so you can hide this board inside an enclosure or behind a panel. This Phidget connects to your computer through a VINT Hub. 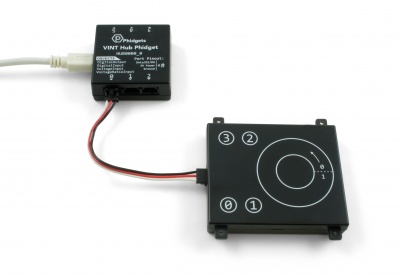 In order to demonstrate the functionality of the HIN1001, the Phidget Control Panel running on a Windows machine will be used.

Linux users can follow the getting started with Linux guide and continue reading here for more information about the HIN1001.

After plugging the HIN1001 into your computer and opening the Phidget Control Panel, you will see something like this: 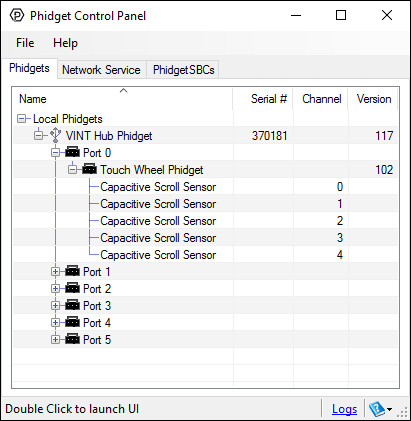 2. Double click on a channel to open an example program. Each channel belongs to the CapacitiveTouch channel class:

Capacitive Scroll Sensor: Detects a touch or the close proximity of your hand or other conductive objects

In your Control Panel, double click on "Capacitive Scroll Sensor":

Unlike most other Phidgets, setting a data interval on the HIN1001 affects its initial “wake up” time, instead of the overall data rate. After the first touch has been detected, the device will stream data as fast as possible (up to every 16ms, as data becomes available).

This means that if setting a data interval of 250ms, the first touch may need to be held up to 250ms to wake the device, after which subsequent touches on all channels will be detected much faster, until no touch is detected for a few seconds. Once the device has been left alone for a few seconds, it will resume its low-power state and wait for the next touch.

The capacitive touch sensors rely on checking capacitance against a threshold to detect when they are touched. As a result you need to keep a good baseline of the capacitance of the sensor's environment. The HIN1001 will recalibrate its baseline levels if it detects a constant touch for more than 50 seconds, in order to prevent getting stuck in a touched state. Similarly, it will recalibrate its baseline capacitance to adjust to falling capacitance (such as when it is moved away from a surface) in order to prevent getting stuck in a not-touched state. The latter adjustment happens as soon as the baseline is detected to have fallen. 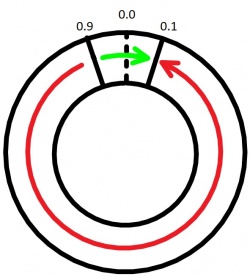 Since the touch wheel is circular, calculating the change in position of a finger over the wheel can be more involved than simply subtracting one position from another. In cases where the value crosses the zero point, a simple subtraction would indicate a large movement in the opposite direction. For example a movement from 0.9 to 0.1 would appear as a movement of -0.8, when a movement of +0.2 is much more likely. As such, a change in position should be calculated taking this into account. Here is an example of how to do the calculation in C:

Have a look at our capacitive touch sensors: