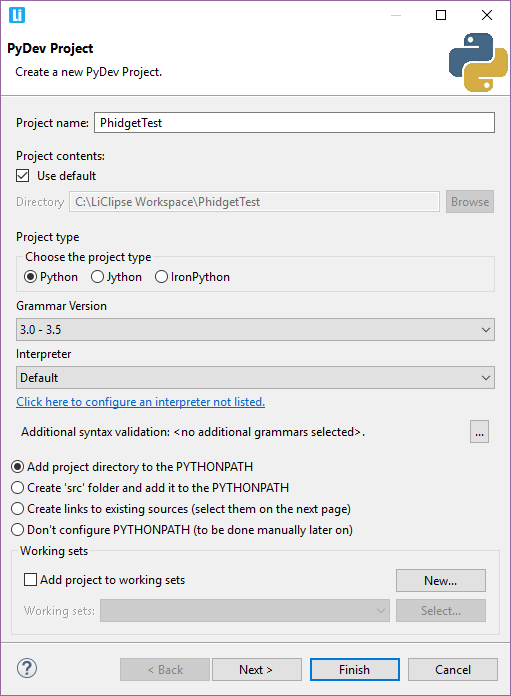 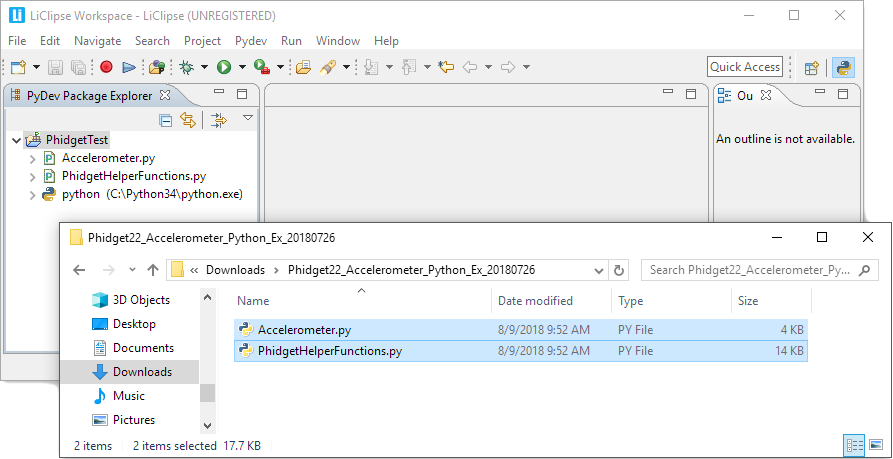 If prompted, select the example file to be run:

Next, add a new file to the project: 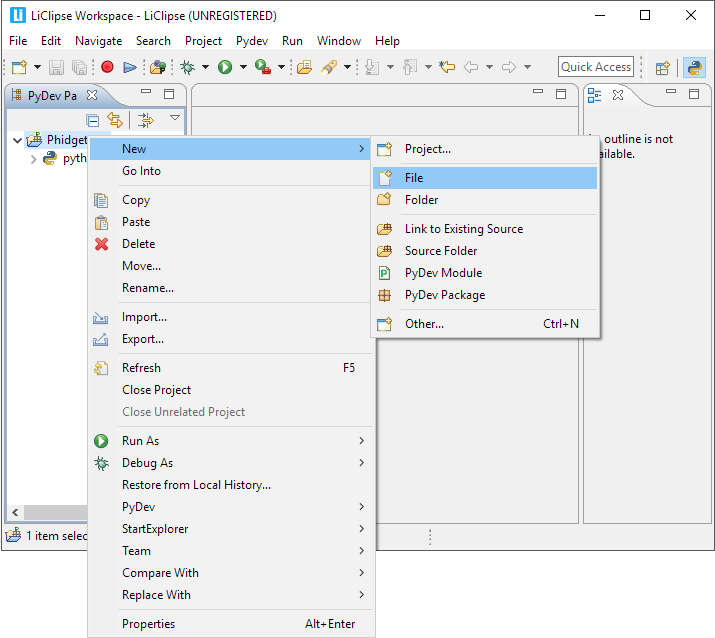 To include the Phidget Python library, add the following imports to your code:

Then, you will also have to import the class for your particular Phidget. For example, you would include the following line for a DigitalInput: