All you need is a Phidget Spatial - this page shows use of the 1056 - PhidgetSpatial 3/3/3. Hook it up using USB to your computer as shown in the getting started guide for your Spatial. (This can be found in its user guide.)

You may also note that the sensed acceleration is very slightly off of one gravity in the Z direction. Gravity varies very slightly naturally over the Earth. However, before you go brushing off a deviation from 1.00 as due to natural variation, we want to make sure we have no tilt. Examining the Spatial on your desk may reveal something like this: 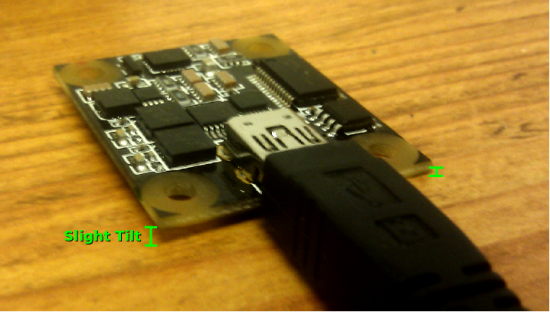 Using the user guide for the spatial, we can use the equation for tilt to calculate tilt for each time point in R (the 180 over 3.14 is to convert from radians to degrees): 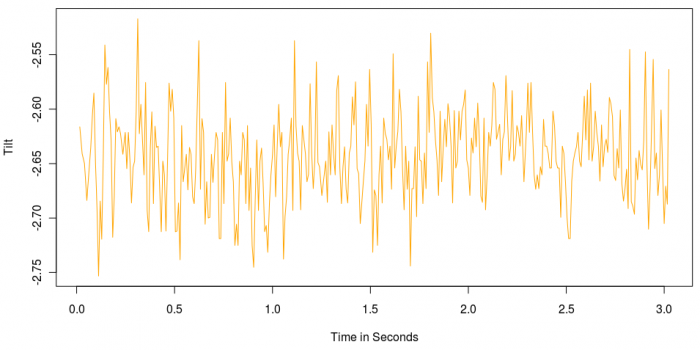