Difference between revisions of "OS - iOS"

Phidgets are designed to run on devices with an iOS version of 3.0 or later. It is strongly recommended that your device have the latest iOS version available to the device installed. As iOS devices do not have USB ports, the Phidgets will have to be connected on a computer with USB ports, and the iOS device will be able to interact with the Phidget over the WebService. If you are looking for a compact and an inexpensive way to host Phidgets over a network, take a look at our Single Board Computer.

Getting Started (Libraries and Drivers)

If this is your first Phidget, we highly recommend working through the Getting Started guide for your specific Phidget device. 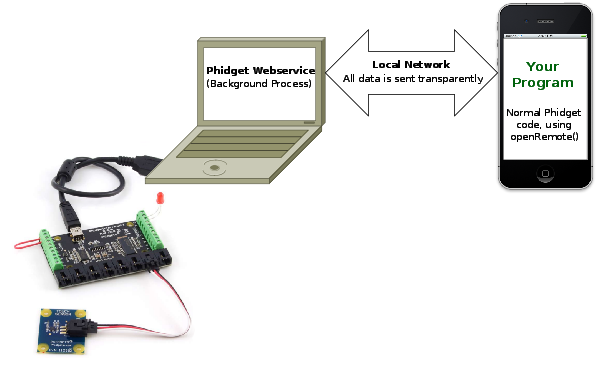 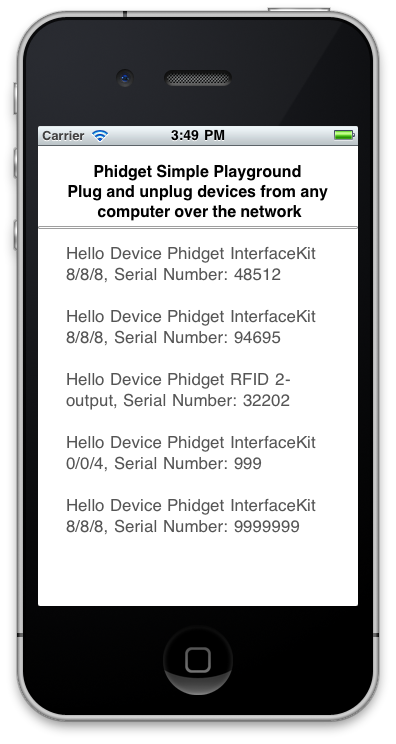