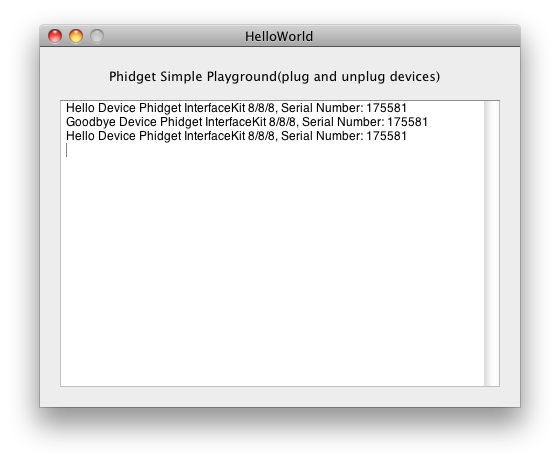 The window will list every Phidgets device connected to the system. In addition to this it will register when devices are connected or disconnected from the system. Now go and find the example project for your specific device. You can run this is the exact same way. After that you can take a look at the code and see how things work. While you are doing that you can refer to the Follow the Examples section to guide you through all the parts of the example project.