Difference between revisions of "OUT1100 User Guide" 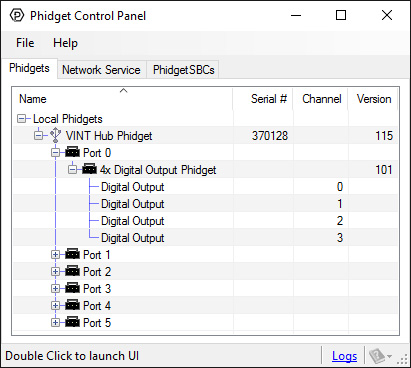 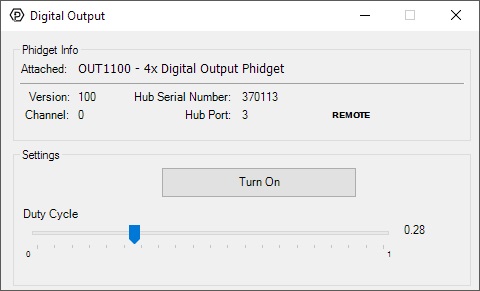 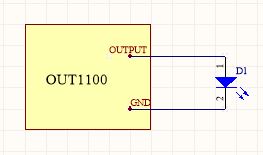 To drive an LED with the OUT1100, simply attach the anode to one of the digital output terminals, and the cathode to the the corresponding ground terminal. The built-in series resistance will limit the current and keep the LED from burning out.

An inexpensive mosfet and flyback diode circuit can be used to control larger loads (such as relays) from the OUT1100. Be sure to use a Logic-Level MOSFET so that the +5V Digital Output is able to turn it on. Similarly, an NPN transistor could be used in place of the MOSFET, in cases where they may be easier to obtain.

In some applications, particularly where there is a lot of electrical noise (automotive), or where you want maximum protection of the circuitry (interactive installations, kiosks), electrical isolation buys you a huge margin of protection. Driving the LED causes the output transistor to sink current.

The maximum current through the transistor will depend in part on the characteristics of the optocoupler.

Note that in cases where many isolated outputs are required, you may want to consider using the REL1100 or REL1101, which are ready-made isolated digital output Phidgets.