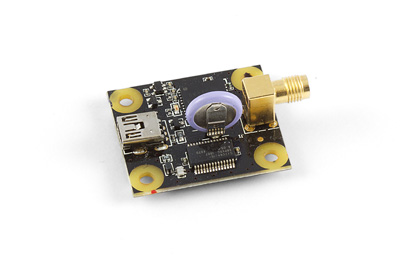 GPS receivers (Global Positioning System) are a class of devices that provide data on their position on the globe. Typically in the form of longitude and latitude though more advanced units can even display a map showing the user the location. The GPS system is maintained by the United States government and is freely accessible to anyone with a GPS receiver. The image on the right shows our 1040 PhidgetGPS

How the GPS Works

A GPS receiver calculates its position by precisely timing the signals sent by GPS satellites in orbit. Each satellite continually transmits messages that include:

The receiver uses the messages it receives to determine the transit time of each message and computes the distance to each satellite. The distances along with the satellites precise locations are used to calculate the location of the receiver unit using a process called trilateration.

In order to calculate accurate results GPS receivers need a steady signal from 4 GPS satellites when nothing is known about the current position or time. There are a few ways to cheat on this requirement such as planes which have altimeters and are able to remove one variable from the calculation. The other is for systems which have exceptionally precise (nanosecond accuracy) clocks. You need to be careful with that though as, in the calculations, time is multiplied by the speed of light so the error ends up being increased 8 orders of magnitude. Clocks that are this accurate though are heavy, expensive, and not commonly available.

Acquiring a satellite fix the first time a receiver is started up can take 5-6 minutes. Our GPS devices have a battery on board that can enable "hot starts." What this means is that the GPS is capable of remembering the most recent position of good satellites and will check there again when it is reconnected. With a live battery installed GPS signal reacquisition can be as fast as 1 second. The speed of hot starts is dependent on how long it has been since the device was last started up as well as how far the device has been moved since it was last active. The longer it has been the less effective the hot start will be, generally they take less than 5 seconds though. If the device has been disconnected for longer than a day or two, the device will likely take the full 5-6 minutes to reacquire.

The ability of a GPS to acquire a signal depends greatly on the environment it is in. Signal strength indoors is vastly degraded. Commercial/industrial buildings and high rises are much worse than a single story house due partly because they are larger and consequently have more intervening material and partly due to using steel studs in the walls rather than wooden. Moving close to a window should give you a stronger signal. If you are still unable to get a GPS signal, try using another GPS unit at the same location to verify that there are readable satellites in the area.

If you are having trouble getting the device to acquire a position fix and give you a reliable position, try moving outdoors into an open area, where most of the sky is visible; this allows the unit to calculate your current position much faster.

Commercial GPS chips are limited to a maximum of 515 m/s at 18,000 meters altitude. This limitation is an industry standard first introduced by CoCom during the beginning of the Cold War, and has been adopted by the U.S. Department of Commerce to this day. When a GPS module reaches these limits, it will cease signal acquisition until the unit has dropped below the limits. Some chips, like the one used on the 1040 - PhidgetGPS will only cease acquisition when both of these limits are exceeded. 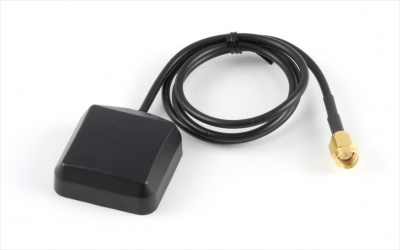 A number of variables can affect the overall performance of the GPS antenna: avoid putting the antenna very close to electronics or motors of any sort, as well as power transmitters such as WIFI antennas. The best location for an antenna is an elevated position with as clear a view of the open sky as possible.

Even at the best of times commercial GPS units are not exceptionally accurate, often having an accuracy of several meters. For example, the PhidgetGPS is listed as having a position accuracy of 2.5m CEP (circular error of probability) but that is only in a situation where the antenna is located in a field with no tall buildings around, no clouds in the sky, etc... In a more typical environment you can expect the CEP to be larger.