The Phidget libraries for Android development are available here:

Download and unpack the libraries. You will need to reference these files from your project in order to use Phidgets. This step is covered in detail in the Android Java page.

For directly controlling a Phidget with your Android device (i.e. plugging a Phidget directly into your device), you will need to ensure the device is capable of being a USB host. Just having a port that the USB cable can fit into does not necessarily indicate that the port can host a USB device. On the other hand, some phones can use an OTG (on-the-go) cable to allow plugging USB devices into their charging port. Some tablets (like the Samsung Galaxy Tab, for example) have the large 30-pin connectors that can be changed into a USB host using an adapter.

In applications where you aren't plugging Phidgets into your Android device directly, you must have a host computer that is running the Phidget Network Server. 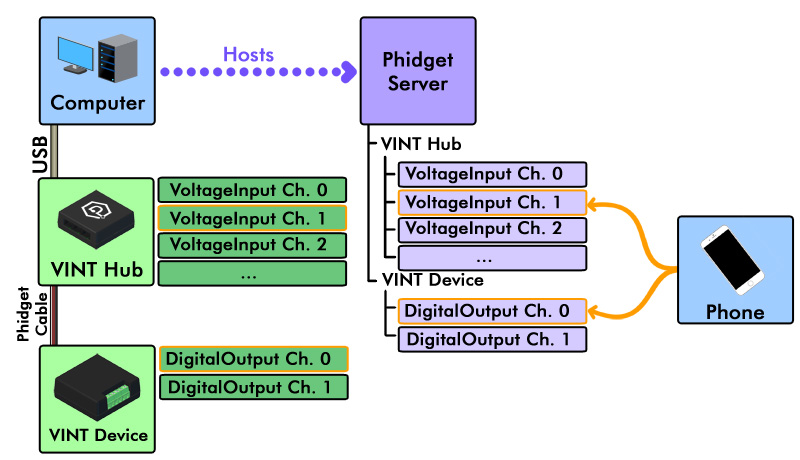 In this case, you will need to install the Phidget libraries on your host computer, and get the Phidget Network Server up and running. Follow the Getting Started guide, and continue with the Network Server guide for your operating system. When you are done, come back and finish this guide!

Now that you have the basics set up, check out the Android Java page for information on how to write code for Phidgets to run on your Android device.